Taking the Path of Zen

Endless Path Zendo is a lay Buddhist community, intimate and non-institutional in atmosphere, dedicated to walking the Buddha Way in the midst of our ordinary lives. We find our center of gravity in the deeply healing creativity of Zen, and in the Vows of the Bodhisattva, the “Growing-Up Beyond Self-Centeredness-Being.”

The name of our Zen temple is a reminder that no matter where we currently are on the Path, if we keep practicing, there is endlessly more to come. As Zen Master Hakuin wrote, “Buddhism is like an ocean, the further you go into it the deeper it gets; it’s like a mountain, the more you climb it the higher it gets.” The Path is endless. It’s even said Shakyamuni Buddha himself is only halfway there. On we go!

why we sit together 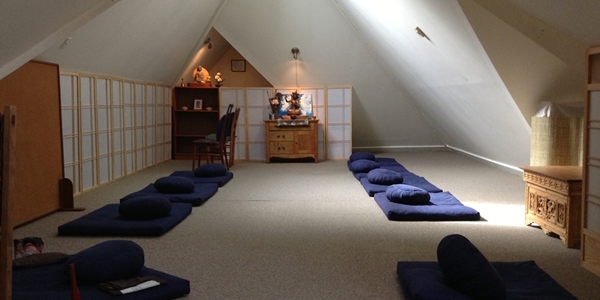 Yamada Roshi used to say that new people should come and sit with the group as often as possible.

“Please come and do this,” he would say. “It is most important.”

His point was that the depth of the groups’ silent solid sitting permeates and strengthens each of us. He would add that once our sitting stabilizes, once we really get this, we should please come and sit with the group as often as possible. Our sitting now helps not just ourselves but others as well—whether we know it or not.

zen and us: why do we practice?

The point of Zen is the realization of our own fathomless nature, and the ongoing effort as well, that follows such realization, to drop our habitual addiction to self-centeredness, and allow the Way to manifest in/as our ordinary daily actions. And so, to be of benefit to all beings. Or as Yamada Koun Roshi has said, the point of Zen is the maturation of character. This means persistent practice. This deepening is what the essential forms of Zen—zazen, dokusan, teisho are designed to help us actualize. This means coming to sit, coming to hear teisho, coming to dokusan so as to touch base with situations designed to help us face ourselves completely and vividly.

When the self is even momentarily dropped the awareness, wisdom, and compassion that have always been there can emerge. Our faith comes from actual experience. We don’t need to add it on. Drop by drop persistent rainfall can wear holes in concrete. Drop by drop raging fires can be quenched. This is the Way of the Bodhisattva—another name for the way of character. We don’t need to add it, but we do need to work on it and at it.

Great vows for all

Our “Great Vows for All” or “4 Vows” are not just a formula we repeat at the end of formal zazen, something to do before we get up and exit the zendo. They are a renewal of Bodhisattva Vows, a way for us to dedicate ourselves anew to what the practice of zazen makes possible in our lives. They are a deep expression of actualized practice, of our vow to walk the Way. So, before we leave the zendo and take up again the Path of ordinary life we commit ourselves to practice out in the world, with whomever we meet, wherever our steps might take us. Great Vows for All confirm our intention and serve as both compass and guide.

The many beings are numberless,
I vow to save them all;
Greed, hatred, and ignorance rise endlessly,
I vow to abandon them all;
Dharma gates are countless,
I vow to wake to them all;
Buddha's way is unattainable,
I vow to embody it all. 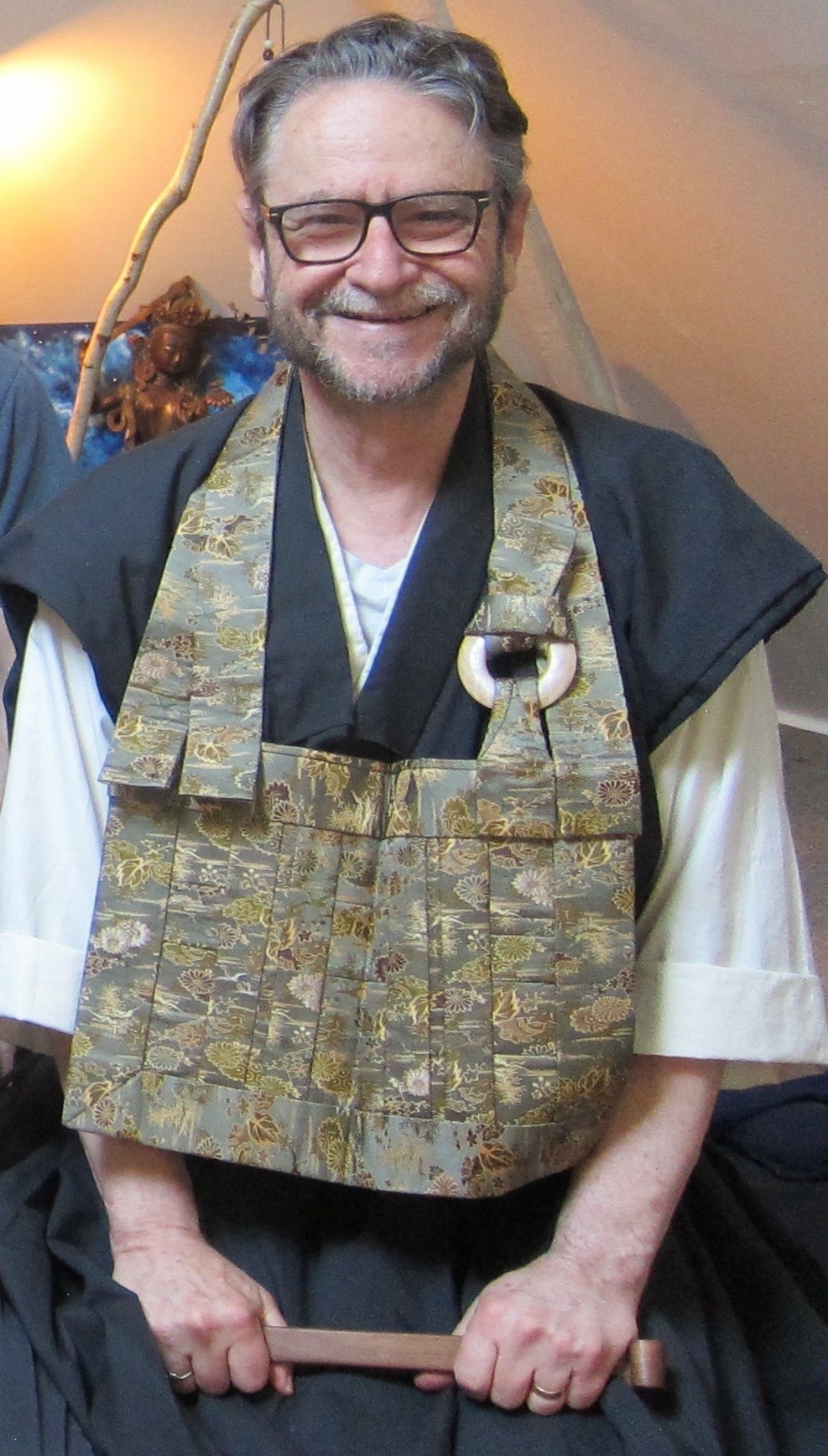 Roshi Rafe Jnan Martin began traditional Zen practice at the Rochester Zen Center in 1970, where he became a personal disciple of Roshi Philip Kapleau, author of The Three Pillars of Zen. After Kapleau Roshi’s retirement in the mid-90s, he began practice with Robert Aitken Roshi, founder of the Diamond Sangha. From 2002-2016 Rafe worked intensively with Danan Henry Roshi, founding teacher of the Zen Center of Denver and a Kapleau Roshi Dharma Heir as well as a Diamond Sangha Dharma Master.

Rafe received full lay ordination from Danan Roshi in 2009, and in 2012 received inka—recognition of his completion of the Diamond Sangha koan syllabus and formal authorization to begin teaching. He then founded Endless Path Zendo, dedicated to lay Zen practice, and through the traditional forms of dokusan (one-on-one spiritual work), teisho (Zen talk), and sesshin (Zen retreat) began exploring the Harada-Yasutani koan lineage with his students. In 2016 Rafe received Full Dharma Transmission as an independent teacher and Dharma Heir of Danan Henry Roshi.

Rafe has a master’s degree in English literature and literary criticism, and is an award-winning author and storyteller whose work has been cited in Time, Newsweek, the NY Times, and USA Today. He is a recipient of the prestigious Empire State Award for the body of his work. Given his successful career in the arts, combined with his extensive training in authentic Zen, Rafe offers a uniquely creative approach to lay Zen practice. Combining the clear focus on realization of Philip Kapleau Roshi with the subtle practice-realization of Robert Aitken Roshi, his Zen is well suited to our busy lives today.

Rafe is married with two grown children. His wife, Rose, former director of Cobblestone School, is also a long-time Zen practitioner. If you're interested in finding out about what Rafe was up to before he became a Zen teacher, take a look at this page. 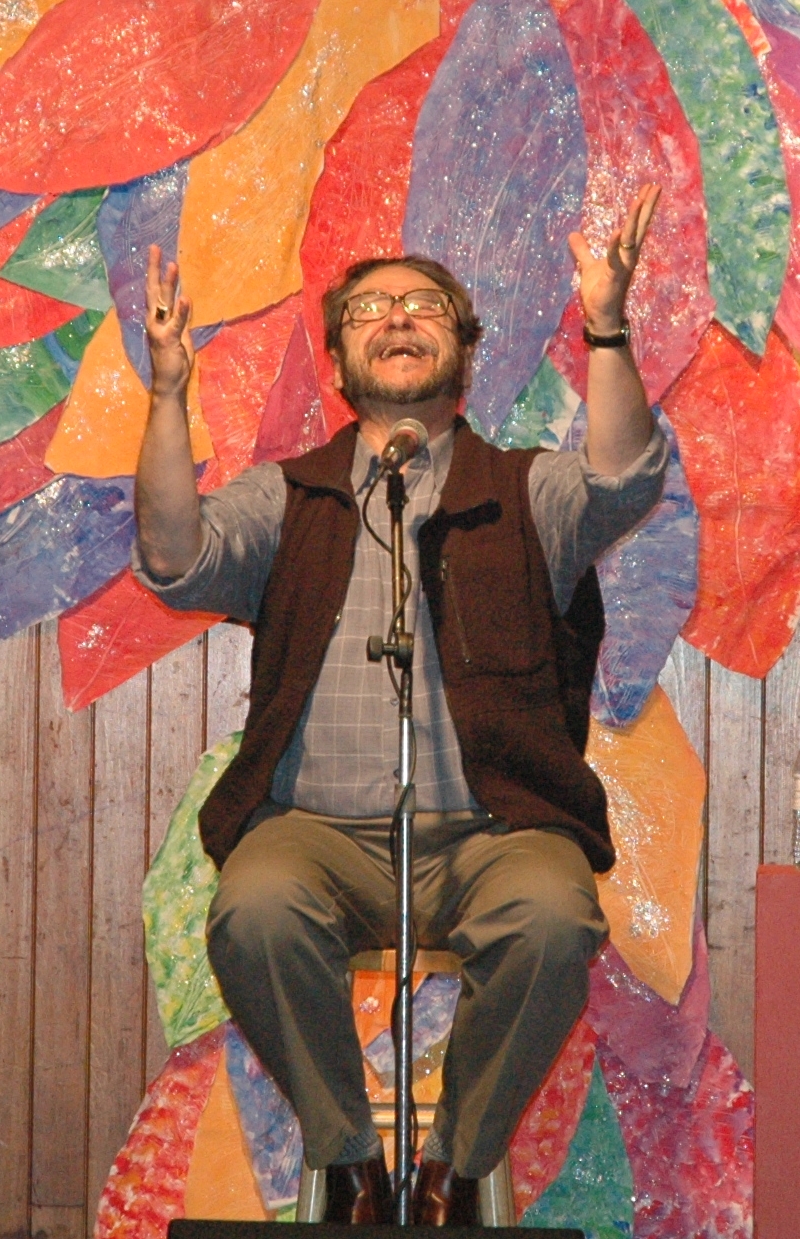 Rafe is an award-winning author and storyteller, and a recipient of the Empire State Award. His most recent book is Endless Path—Awakening in the Buddhist Imagination: Zen Practice, Daily Life, and the Jataka Tales.

Rafe has given talks at Zen and Dharma centers around the country. His writings have appeared in Parabola, Tricycle, Mountain Record, Zen Bow, Blind Donkey, and Buddhadharma. Given his background, Rafe tends to work a lot with myth and story, and their deep relation to Zen practice, in his teaching and talks.

Enlightenment is not a “thing," not something we get. Rather, we realize what has actually always been here through losing not gaining, losing all that ancient, interior, self-centered “stuff” that cuts us off from wind, rain, sun, moon, stars, trees, animals, people.

Storytellers can only make sounds on the air—that’s all spoken words are. A writer can only make squiggles on paper. Yet those who hear or read those words can see, can feel and live, a whole life in their minds.

Two outstanding Zen Masters of modern Japan, Daiun Sogaku Harada (1870-1961) and Hakuun Ryoko Yasutani (1885-1973) established a new school of Zen Buddhism that combined the strongest features of both the Soto and Rinzai sects. This dynamic, integral school of Zen was brought to the West by Philip Kapleau, (Rochester Zen Center), and Robert Aitken (Honolulu Diamond Sangha), two outstanding American students of Harada and Yasutani and, in Aitken Roshi’s case, also of Yamada Koun, (an heir of Hakuun Yasutani). This new “Harada-Yasutani” koan line they (and others) brought has since has become established as most central to koan practice in the West.

Danan Henry, originally a Dharma heir of Philip Kapleau, subsequently completed ten additional years of Zen training with Robert Aitken, to become a sanctioned Diamond Sangha dharma master as well as a Kapleau heir. Rafe is a dharma heir of Danan Henry’s. Having received full transmission as an independent teacher, he is authorized to teach authentic Zen and to assume the spiritual directorship of a zendo or center, continuing the Harada-Yasutani teaching line. 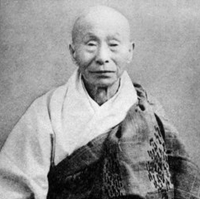 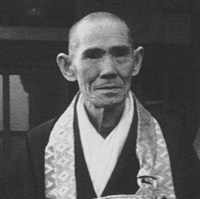 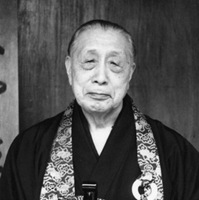 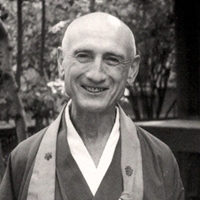 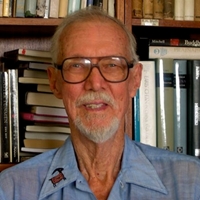 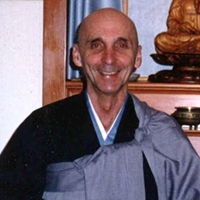