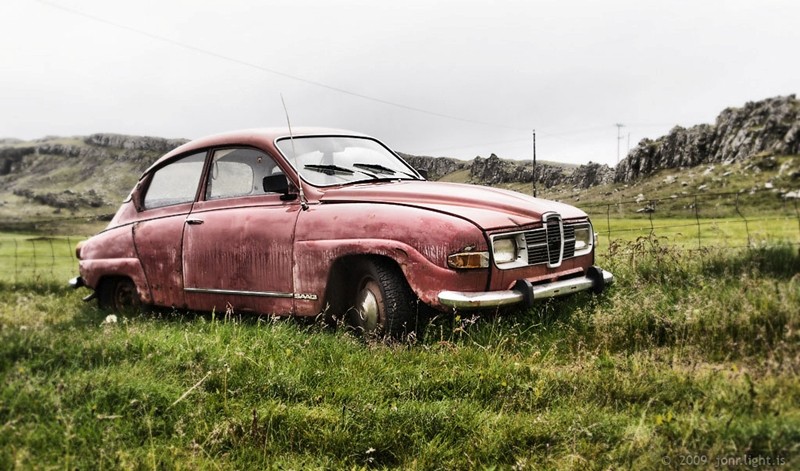 This is a piece of mine called, “Car Bodhisattvas.” I used a portion of it recently in a sesshin talk I gave at the Vermont Zen Center’s Oct. 2010 at a working person’s jataka tale sesshin — a new practice invention/experiment. This is my third offering of a jataka sesshin, my second for the Vermont Zen Center. One was also done with Taigen Henderson, Roshi of the Toronto Zen Center. Another is planned with Sunyana Roshi for Costa Rica at the Casa Zen in January 2011, and yet another for Vermont in October 2011. These sesshin work like this: on the weekend we sit full sesshin schedule. Mid-morning till lunch is set for me to relate a jataka, add Zen commentary, and then lead a discussion. The teacher, Sunyana Graef, Roshi gives three dokusan each day. During the week people sit zazen early AM, do dokusan, have breakfast and then go off to their normal jobs. They return in the evening for a jataka and commentary, zazen, dokusan, and yaza (late night sitting). The jatakas show the Buddha dealing with all kinds of life situations, practicing a path of wisdom and compassion, embodying the paramitas regardless of difficult external circumstances — offering perfect encouragement for a layperson’s work-a-day sesshin! While I used much material from my new book on the jatakas and Zen and the paramitas —Endless Path: Awakeing in the Buddhist Imagination — Jataka Tales, Zen practice and Daily Life, I also added much supplementary material for each of the oral talks. The section from the car Bodhisattva piece (the portion where the old gents sell me a truck) was added to round out the commentary on the “Black Hound Jataka” in which the Buddha embodies upaya paramita or skillful means, taking on a rough form to bring about positive changes in an wayward city. The Car piece looks at the question of whether such bodhisattvas actually exist and holds up the possibility that they might be around us right now.

Are there really skillful bodhisattvas who can appear in all kinds of appropriate forms to help us when we need them? Here’s a little story series of linked tales, all personal all true.

Some years ago I got a call from my son Jake, then living in LA, saying that his car had broken down on a busy thoughfare. Using the starter he had managed to lurch to a side street and called AAA. But they claimed (wrongly), he was not a member and recommended a towing company. He was a graduate student then and his money and time were both miserably tight. It was a blazingly hot, muggy, summer day in LA and there he was, nose to nose with that old, helpless frustration we all know: car trouble.

He took refuge in the traditional American mudras and mantras and was still pounding the steering wheel, screaming, when a man in his fifties came out of a restaurant across the street, handed him a container of iced tea and said, “It’s only a car. Here. Have a cold drink. You’ll feel better.” He drank it and he did.

When he related his car Bodhisattva story I remembered two others, which I told him.

The first was when Jake was eight and his sister, Ariya, four. We had just bought an old Saab for $700. A car I’d dreamed of one day owning. Seven hundred meant not just old, but also not in such great shape. Rose was working the counter of our bookstore. So Jake and Ariya and I and took it out for a spin. We went out to Mendon Ponds then back around onto the 490, onto the 390 again, looping the highway loop. Suddenly the oil light blazed red. I pulled over and checked. Nothing. The dipstick was dry. There I was with two young kids, stranded on the highway.

In less than two minutes a car stopped.

“I just bought the car and there’s no oil in it at all.”

He nodded and smiled. “Same thing happened to me once, so I travel with this.” He opened the trunk of his car. There sat a pristine case of Quaker State. We glugged in the requisite number of quarts, shook hands—he would take no money—and he drove away. As did I, marveling at the miraculous appearance of this highway bodhisattva.

Further back, in 1970, Rose was pregnant with Jake. We were living in an old farmhouse in backwoods Pennsylvania, about forty-five minutes south of Binghamton. We were in town—Rose had a dentist appointment—and while she was busy, I drove off in our old VW bus to handle some errands.

A few blocks away I chanced on a gas station. Two older gentlemen in worn overalls were in attendance. They also, as it so happened, sold used cars. While I gassed up, we talked. I mentioned the upcoming birth. They looked curiously at me, and then at the VW—an old, unpadded, uninsulated, rattling, bare metal cargo plane of a van.

“You have a child coming?” they mused. “Well, now, why don’t you take a look at this GMC truck. Step right over here.”

It was blue and solid and gleaming. Everything about it, from the massive emergency brake, to the rows of thickly padded, removable, bench-type seats exclaimed, ‘Industrial Strength.’

“Take a drive,” they said. I drove away. And had visions of plowing with ease up the hill to the old farm house in winter snows—a risky, bouncing, pedal-to-the-metal feat in our bus—visions of nomadic family security.

“How much?” I asked when I returned flushed with truck-power and hope. They named what seemed a ridiculously low sum, plus the wretched old bus. We shook hands and struck a bargain.

“I’ll be back tomorrow.”

I picked up Rose, spilled the good news, and headed happily home.

I drove back the next day, check in my pocket. About five blocks from the gas station there was a loud Bang! from the engine in the rear. The old VW staggered as if shot, then kept on rolling, but now in a halting, shuddering, groaning, wheezing sort of way. We limped to the pump where I hit the brake and mercifully killed the engine, which gave out with a final long, drawn-out, lamenting gasp, and died. Then, except for the ticking of overheated metal there was only silence, an awful silence, as I sat on the peeling seat waiting for the billowing smoke to clear. From the haze of my mind rose a helpless refrain: “Up the creek without a paddle. No truck, not even the old van. Cash low, baby coming.”

The two elderly gents had watched my stricken, labored approach. Now they stepped forward. “Well,” they said, “you brought the bus. Do you have the check?”

“You don’t want any more money?” I asked in a daze.

I feverishly pulled the crumpled check from my pocket, signed it quickly, and handed it to them. We finished up the paperwork and shook hands all around.

I drove off in that heavenly blue (blue the color of Bhaisyajaguru Buddha, the Buddha of Healing, Yakushi in Japanese), GMC truck, which not long after drove serenely and safely and reliably down twisting mountain roads in a heavy fog in the middle of the night so that Jake could be born with one push in the local hospital of Susquehanna, PA.

Eight weeks after that we moved to Rochester, loading all our possessions into our big blue truck, later to be known as ‘the Rafemobile’ by the Zen Center, which acquired it from us a year later and got many years of sturdy yeoman’s service from it. It ran and ran as if it possessed a stout heart under its huge blue hood, and not the mere mechanical assemblage of an engine. It ran as if blessed.

Thinking back I’ve often wondered. If I’d gone back to that used car lot and gas station what would I have found? Maybe just an empty field, wind blowing through the long grasses, cars, flags, banners, pumps, and old gents in overalls gone, gone, entirely gone. Svaha!